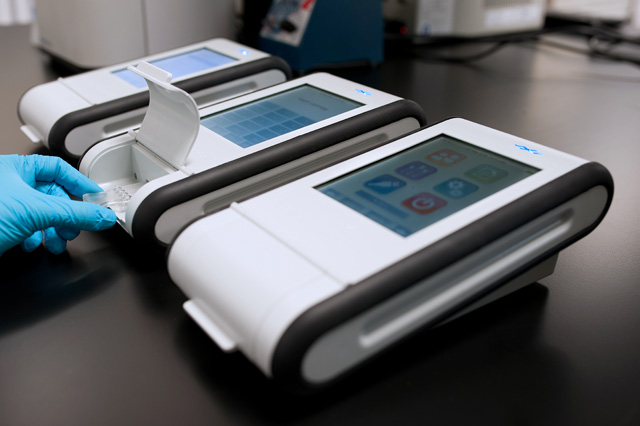 In this blog, we describe the structure of bacterial endotoxins, how they cause contamination in bioproduction, and introduce our endotoxin testing services for the UK and Europe.

Endotoxins are small (~10 kDa) molecules of lipopolysacchride (LPS), found in the outer membranes of gram-negative bacteria. They are major constituents of these lipid bilayers, where they are responsible for maintaining structural integrity and have been shown to be essential for bacterial survival. LPS are synthesised and modified in bacterial cells through a complex and diverse range of metabolic pathways, resulting in a variety of antigens that elicit a ranging degree of immune responses.

Lipopolysacccharides vary in their structure, but all share three distinct regions:

+  O antigen repeats are found on the outermost domain of the LPS molecule and are responsible for host immunogenicity.

+  Core domain is composed of sugars and other non-carbohydrates that connect O antigens and Lipid A.

+  Lipid A is the lipid component of LPS, whose hydrophobicity facilitates membrane anchoring. Lipid A is the most conserved region of LPS and is responsible for endotoxin toxicity. 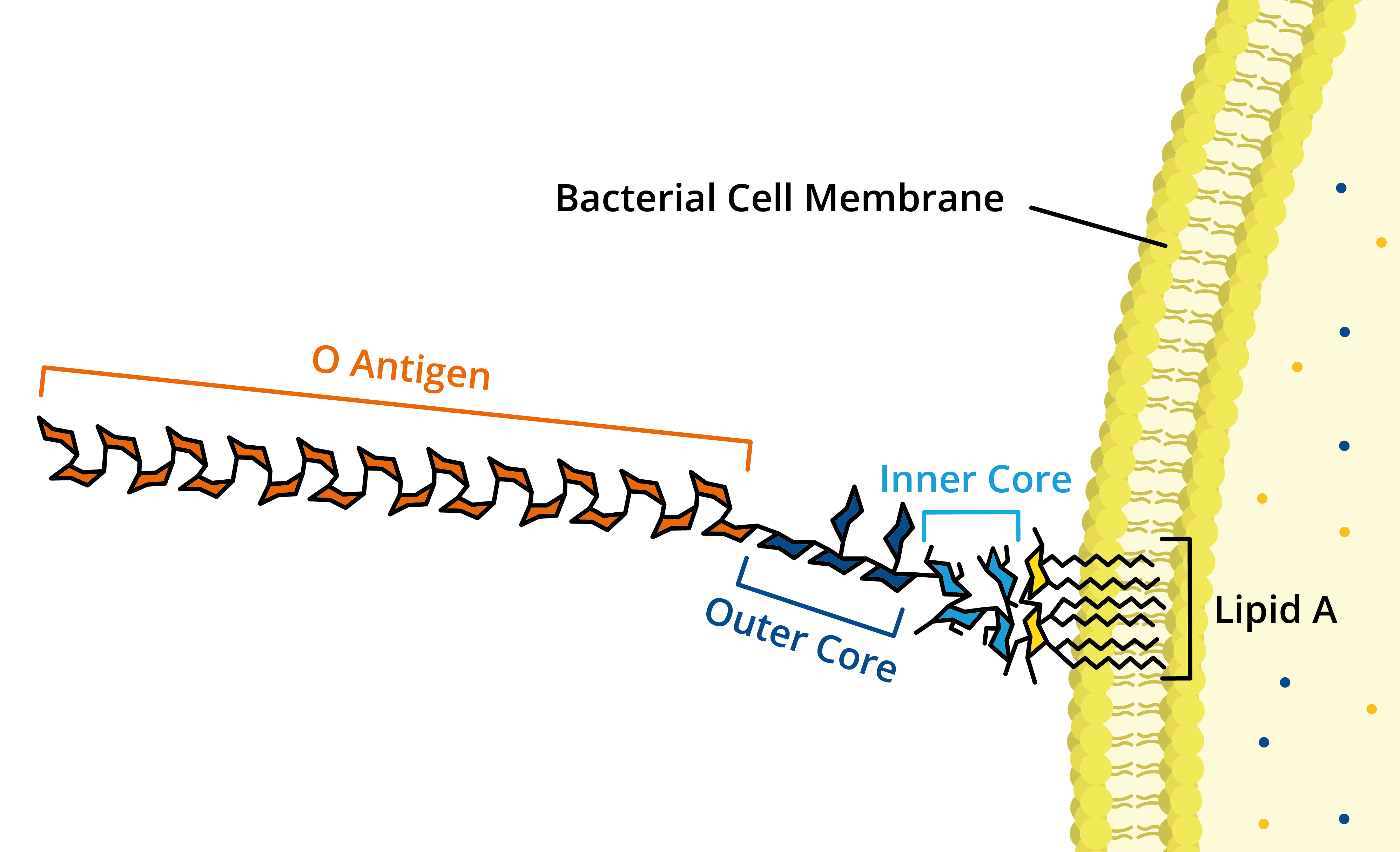 Endotoxins are naturally shed at low levels during bacterial growth, but are released in much larger quantities upon cell death when their cell membranes rupture and disintegrate. Endotoxins are recognised and bound by toll-like receptors of the innate immune response, which cause potent downstream inflammatory responses in vivo, through the production of TNF-α and interleukins. Severe immune responses can result in toxic shock, tissue injury, and death.

Why are endotoxins a problem in bioproduction?

During recombinant expression, proteins and bacterial plasmids are often contaminated with associated endotoxin – particularly in E. coli expression systems, and owing to its role as a major membrane component, LPS can be present in significant quantities. In fact, a single E. coli cell can release up to 2 million LPS molecules. As lipids, endotoxins are naturally hydrophobic, which gives them a strong affinity for laboratory plastic-ware, and as they are stable at high temperature, heat sterilization is ineffective. Therefore, endotoxins are frequently found in water used to make routine solutions, as well as basic reagents such as sera, media, recombinant DNA and proteins.

The presence of these toxins, even at relatively low levels, can significantly affect the results of both in vivo and in vitro biological assays, causing non-specific cellular responses and false readings. In pharmaceutical production, even minute amounts of contaminant can cause serious illness in humans, meaning that all endotoxin must be removed from batches.

How do we remove endotoxins?

During the bioproduction process, bacterial cells will normally be removed by centrifugation or filtration. However, any endotoxin contamination will remain and a significant proportion is likely to be carried through the purification process. Endotoxin-free production may be carried out to try and reduce the LPS burden but ultimately there is no guarantee of success, and endotoxin levels above acceptable thresholds may still be present within the final preparation. Removal of endotoxin is one of the most challenging downstream processes during protein purification and many commercially available techniques are unable to remove endotoxin satisfactorily, or require time-consuming incubation steps. In many cases, complete endotoxin removal is only achieved with large losses of substrate.

The Native Antigen Company now offers testing services, to detect and quantify the amount of endotoxin using a kinetic chromogenic assay. Our endotoxin testing is performed using the Limulus Amebocyte Lysate (LAL) test, which comprises blood cells (amebocytes) from the Atlantic horseshoe crab (Limulus polyphemus) that clot when they encounter bacterial endotoxin lipopolysaccharides. Clotting is used to detect a chromogenic substrate where the enzymatic reaction between the endotoxin and lysate produces a yellow colour. The intensity of this colouration is directly linked to the quantity of endotoxin present in the sample. Therefore, because the LAL assay employs an enzymatic cascade, amplification allows LPS to be detected to very low levels.

+  We use a chromogenic method that has been FDA approved for all stages of therapeutic product development.

+  Multiple samples types can be tested, including DNA, recombinant proteins and antibodies, with the sensitivity to detect endotoxin levels down to 0.005 EU/ml.

Test samples are compared to a standard curve prepared from known endotoxin concentrations and all tests are performed in duplicate alongside a positive and negative control, as recommended by the harmonized USP Bacterial Endotoxins Test (BET) and the FDA guideline for LAL testing.