Eradicating Malaria: The Role of Diagnostics 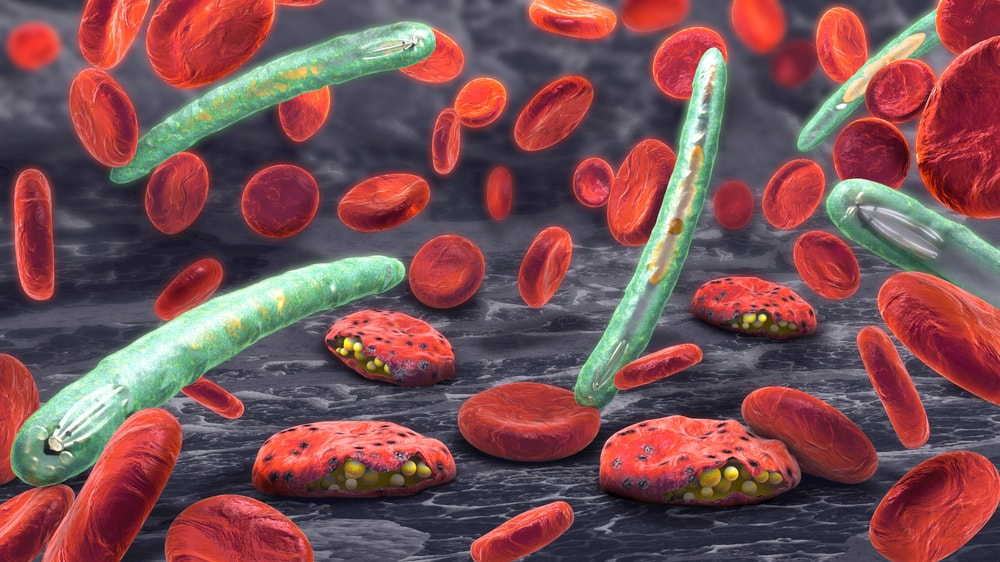 Malaria has been a major health threat throughout human history and is still a leading cause of death in many tropical and subtropical countries around the globe. Thanks to renewed efforts over the past two decades, malaria prevalence has reduced by half, making total eradication of the disease a real prospect. In this blog, we discuss the role that clinical and surveillance diagnostics will play in eliminating malaria and introduce our new range of Plasmodia reagents.

Malaria is a very old disease. Our earliest evidence of malaria comes from Plasmodia parasites identified in 30-million year-old amber, when it likely infected of our great ape ancestors [1, 2]. Over time, Plasmodia species are thought to have slowly adapted to infect Homo sapiens. Then around 10,000 years ago, our shift from hunter-gatherer, to agricultural societies created stronger selection pressures for these pathogens. In the conditions of our new agrarian lifestyles and booming populations, mosquitoes and their parasites thrived. As a result, malaria soon became a significant cause of disease in the ancient world [3], and references to it are prevalent in recorded history: Described by the ancient Greeks and Egyptians, and even suggested to be a contributing factor to the fall of the Roman Empire [4].

Fast forward to the early 21st century and malaria was at its peak. In 2000, malaria caused nearly 1 million deaths per year, and it was estimated that 86% of these deaths occurred in children under 5 years-old, accounting for 12% of all deaths in children aged 0-5 globally and 22% in Sub-Saharan Africa [5]. The economic impact was also significant, as adults were forced to be absent from work, children missed school, and households spent disproportionate amounts on healthcare when they could least afford it. The cumulative cost was substantial, and was estimated to consume 32% of the income of affected families [6].

Considering malaria’s extensive and mounting burden, its profound impact on developing economies, and a lack of effective countermeasures, the wider global community sought to develop new solutions. Set in 2000, the Millennium Development Goals were ambitious: to halt and reverse rising incidence within 15-years [5].

Despite the unpromising circumstances, the subsequent 15 years saw impressive reductions in malaria, and by 2015, deaths from malaria had fallen by 60 percent and incidence had declined by 37%, exceeding all expectations [7]. As a result, optimism surrounding the outlook of malaria has grown in recent years and its total eradication is now in sight [8]. However, with the approaches and tools currently available, it will be very difficult to eradicate malaria completely. In addition to further research, improved financial incentives and better healthcare coverage, new diagnostics are needed.

The role of diagnostics

While advances in diagnostic technology have been made in recent years, significant gaps still remain. Compared to vaccines and therapeutics, diagnostic R&D for malaria remains underfunded, and few new technologies have reached the market in recent decades. As such, there is a pressing need for the development of a new generation of diagnostic devices that meet the changing landscape of malaria and facilitate the move towards eradication [9]. 2 general prerequisites stand out, that haven’t been covered sufficiently by existing tests:

Microscopic examination remains the gold standard for laboratory confirmation of malaria. A blood specimen is collected from the patient and added to a slide, which is then stained and examined at 100x magnification in an oil immersion [13]. The presence of Plasmodia parasites can then be visually identified accordingly. 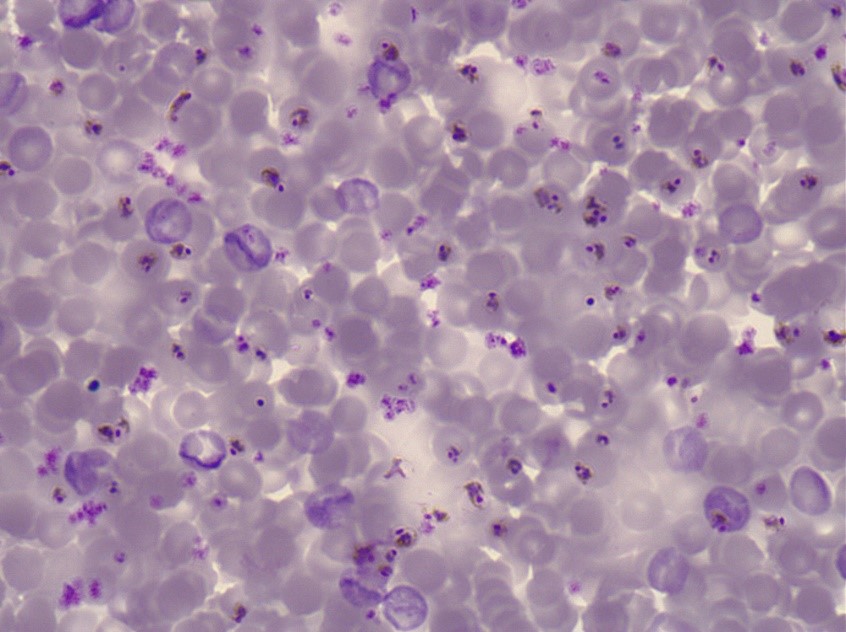 Microscopy is an established and relatively simple technique that is familiar to most laboratorians and can provide diagnosis within a few hours of collecting a sample. However, as lab equipment and staff training is necessary, microscopy is impractical for field applications, and is rarely available at a sufficient capacity in resource-limited settings.

Due to the lack of accessible laboratory capacity, rapid diagnostic tests have played a significant role in malaria diagnosis and treatment in recent years, and now comprise roughly 71% of tests used [14]. Blood analyte is added to one end of a porous paper strip, which migrates and binds with a series of antibodies to indicate the presence of Plasmodia parasites. 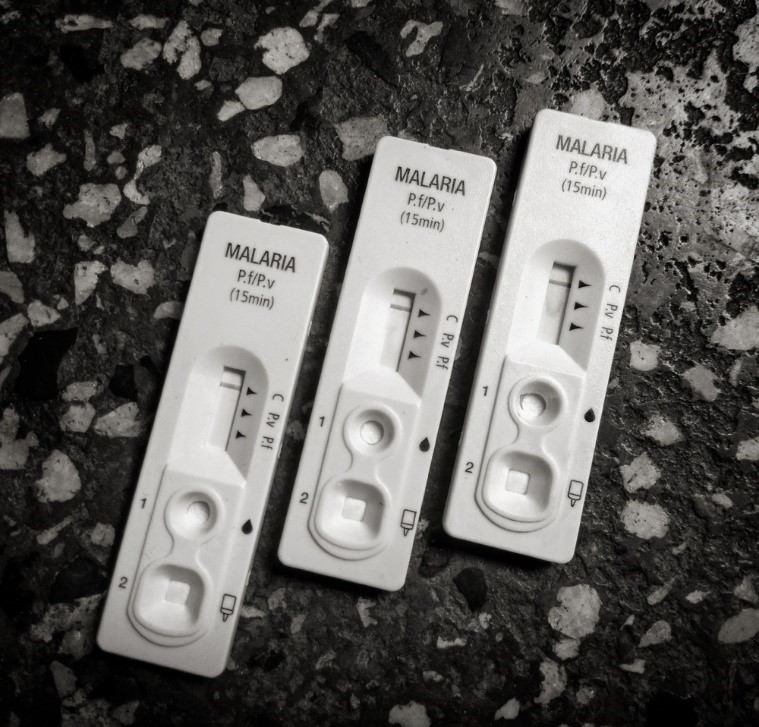 RDTs have transformed malaria management and are making malaria elimination look achievable. However, general improvements to the specificity and sensitivity of these technologies will be necessary to strengthen the surveillance of heterogenous and low-burden Plasmodia species [8]. Most of the current RDTs for P. falciparum detect Histidine-Rich Proteins II and III, but following decades of RDT use, P. falciparum strains have undergone gene deletions to evade detection [15]. Therefore, in addition to the afore-mentioned issues, diagnostics that use alternative antigens are needed.

Malaria can also be detected by the presence of antibodies in human blood. This is achieved by the use of indirect fluorescent antibody (IFA) tests. Blood-stage schizonts are used as whole antigen. The patient’s serum is exposed to the organisms, and if present, the homologous antigen will bind to form an antigen-antibody complex. Fluorescein-labelled anti-human antibody is then added, which attaches to the patient’s antibody sera. The slide is then examined with a fluorescence microscope, to visualise a fluorescent (positive) or dark (negative) reading. 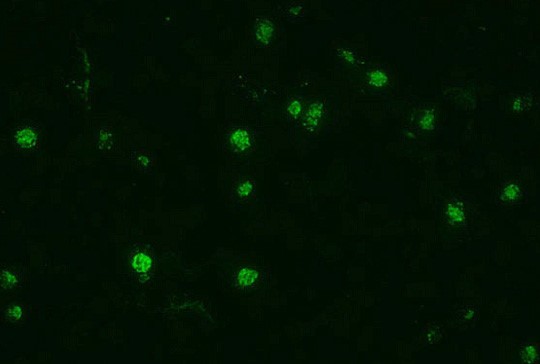 Because of the time required for antibody development and the persistence of antibodies, serological testing is not practical for routine diagnosis of acute malaria. However, serology does show its value in other applications, such as:

A drawback of serological methods is the occurrence of cross-reactivity between the Plasmodium and Babesia species of parasites, which can result in a lack of diagnostic specificity. Therefore, better characterisation of antigen-antibody pairs and the development of more specific diagnostic formats are needed.

A summary of these techniques, in comparison with some other diagnostic methods not mentioned here are given below: 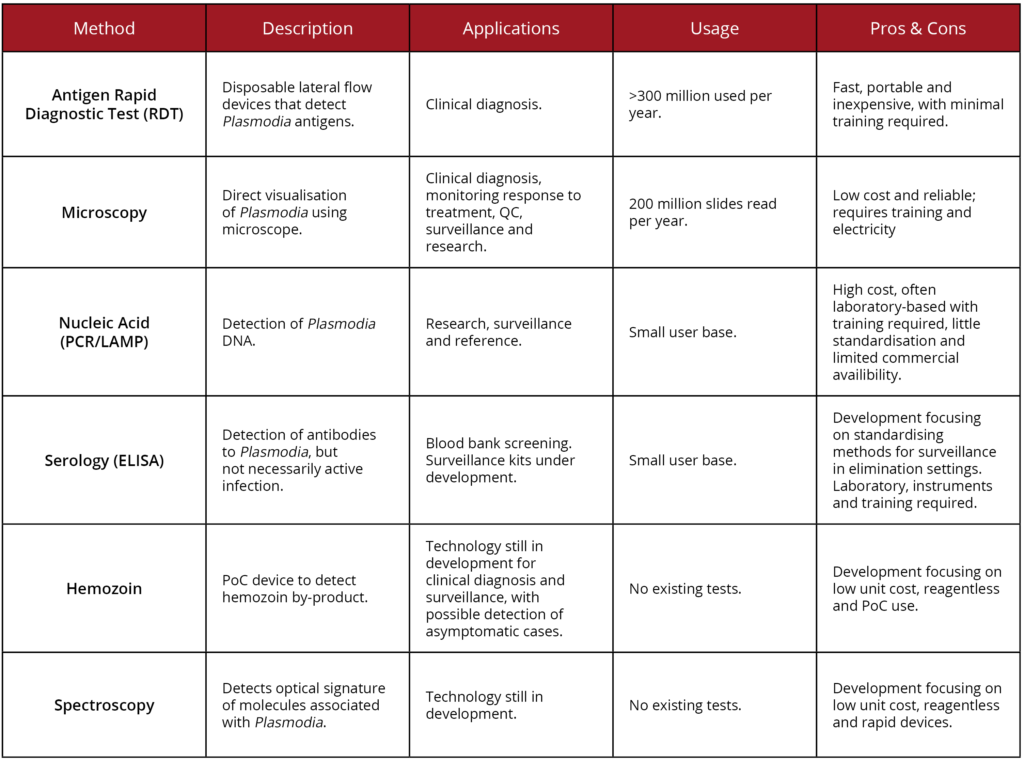 To support the development of new diagnostics for malaria, The Native Antigen Company now provides an extensive range of Plasmodia reagents, including antigens, antibodies and an immunoassay. Click on the buttons below to see our full range:

We are also pleased to offer an ELISA for the qualitative determination of IgG/IgM antibodies against Plasmodium in human serum or plasma. This assay shows 95.88% sensitivity, 97.53% specificity and an assay time of less than 3 hours.