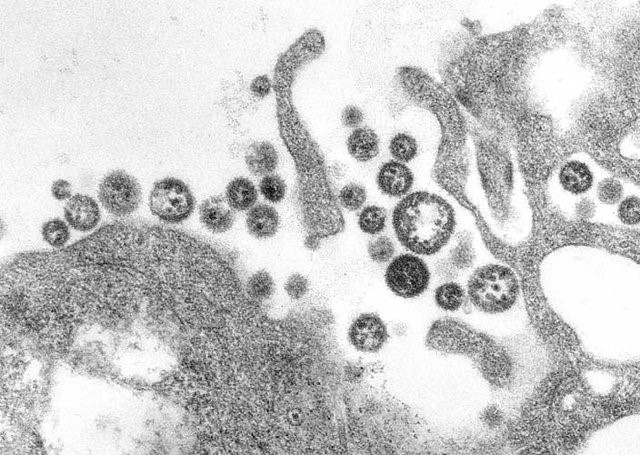 In this blog, we outline the molecular pathogenesis of Lassa viral haemorrhagic fever and introduce our extended range of Lassa Fever virus antigens and antibodies.

Viral haemorrhagic fevers (VHF) are a diverse group of viral illnesses that occur in humans and animals. They are caused by a wide variety of unrelated virus families, including the flaviviruses, filoviruses, arenaviruses, bunyaviruses and rhabdoviruses. Some notable examples include:

All VHFs are characterised by haemorrhaging, though vascular permeability, shock and muscle pain also frequently occur. The presence and degree of haemorrhaging varies, but generally manifests in the most severe forms of viral infection. In general, three phases of illness will occur: (1) a generalisation phase, characterised by fever and mild symptoms; (2) an early organ phase, where early endothelial damage manifests as petechiae (small red blotches on the skin); (3) And a late organ phase, in which disseminated intravascular coagulation and organ failure occur [1].

LASV is a pleomorphic, enveloped RNA virus, belonging to the Arenaviridae family. LASV’s linear, bi-segmented, ambisense genome is compact, encoding only 4 proteins. Like other VHF-inducing viruses, LASV is zoonotic, found as a commensal of the multi-mammate rat, which is distributed throughout Western and Central Africa. Infected rats show no signs of disease from LASV infection and naturally shed the virus throughout their lifespan. LASV infects humans through exposure to rat excrement, and results in over 300,000 cases of LASV infection annually in Africa and an estimated 3,000 deaths [2]. 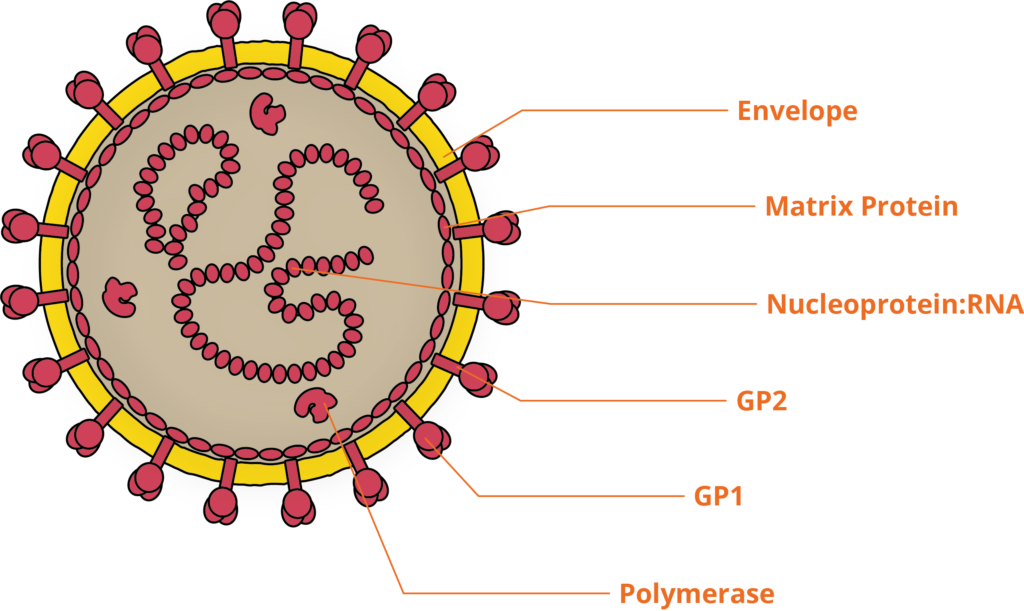 The molecular pathogenesis of Lassa

The initial targets of LASV infection are the dendritic and endothelial cells of mucosal membranes [3]. LASV gains entry to these cells by binding the alpha-dystroglycan cell surface receptors used in cell-cell recognition and adhesion. Once inside the host cell, LASV is susceptible to immune recognition. Viral infections are usually detected by pattern-recognition receptors (PRRs), such as RIG-I-Like Receptors (RLRs) and Toll-Like Receptors (TLRs), which recognise viral RNA as pathogen-associated molecular patterns (PAMPs). The RLRs are a set of dedicated helicases that recognise viral RNA and stimulate the production of interferon, inducing potent antiviral immune responses. To avoid recognition by the immune system and activation of interferon pathways, LASV’s Nucleoprotein (NP) employs a dual strategy:

By inhibiting the activation of type I and III interferons, LASV Nucleoprotein is able to stifle immune signalling. As a result, individuals with LASV infection often stimulate minimal-to-no immune response [4]. This allows LASV to disseminate through various tissues unimpeded, and in severe cases of infection, infection reaches multiple organs, causing widespread haemorrhaging. 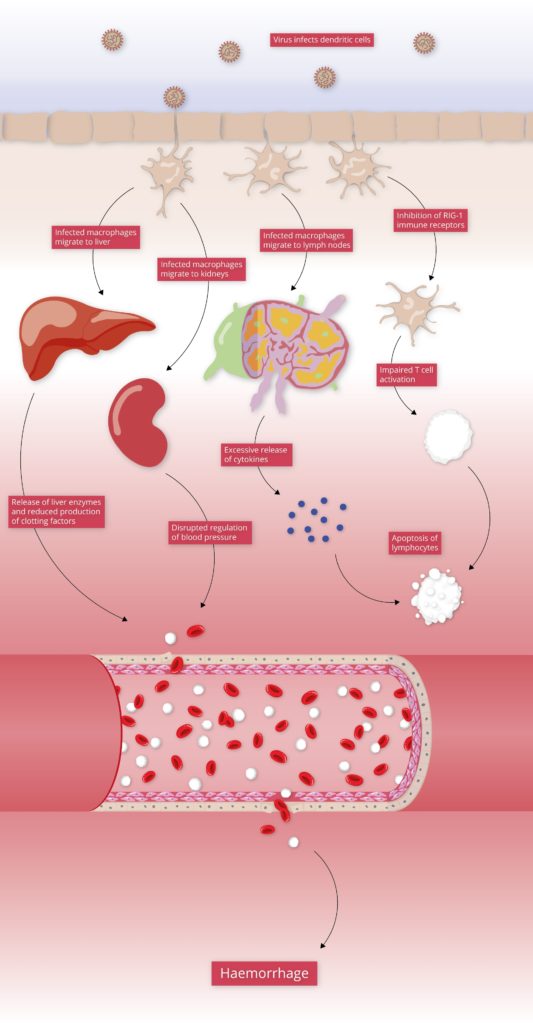 Currently, no licensed vaccine is available for the prevention of Lassa fever. Early treatment is possible using the drug Ribavirin, but the similarity of Lassa Fever to other diseases can cause delay in the accurate diagnosis of LAFV infection. Diagnosis can be performed using molecular techniques, but requires access to high containment facilities and is therefore impractical in resource-limited settings. As a result, LASV infection is commonly diagnosed using serological methods that detect virus-specific IgG or IgM in patient sera. However, existing serological methods lack both the sensitivity and specificity required due to cross-reactivity with similar viruses. Therefore improved diagnostic assays are urgently needed [5].

The Native Antigen Company now offers an extended range of Lassa Fever virus antigens and antibodies for vaccine and diagnostic R&D. Our antigens include Nucleoprotein, GP1 and GP2, expressed in mammalian and E. coli expression systems; Our range of specific antibodies includes three mouse monoclonals specific to GP1 and GP2, which are ideal for use in research studies and immunoassay development.