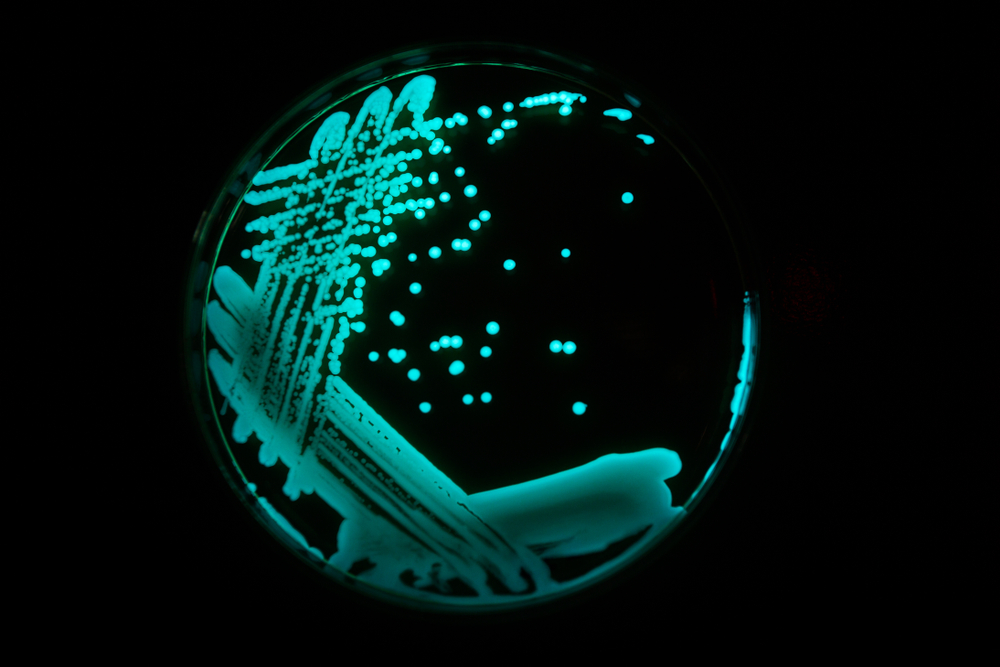 In this blog, we introduce our new set of click chemistry reagents for the specific visualisation of Legionella and describe their applications for basic research.
Legionella

The Legionella genus got its name after an outbreak resulted in 221 cases and 34 deaths among attendees of an American Legion convention in a Philadelphia hotel, July 1976. In January of the following year, the Legionella bacterium was isolated and identified as the culprit, giving rise to the name Legionnaires’ disease [1]. Legionella were found to be growing in the cooling tower of the hotel’s air conditioning system and had been inhaled by many of those attending. Since its discovery, Legionella have been known to cause pneumonia outbreaks in community and hospital settings from contaminated water supplies. The largest and most common source of Legionnaires’ disease outbreaks are cooling towers, due to their widespread dissemination of water.

Upon inhalation, Legionella enter the lungs where they are phagocytosed by alveolar macrophages as part of the innate immune response. Once internalised, however, Legionella surround themselves in a membrane-bound vacuole that does not fuse with lysosomes or become highly acidic [2]. In this protected compartment, the bacteria are able to proliferate and exert their pathogenic effects, resulting in Legionnaires’ disease and a similar illness called Pontiac fever [3].

LegioTag is an azide-functionalised Legionaminic acid (LEG) for metabolic lipopolysaccharide (LPS) labelling of Legionella pneumophila. LEG is an essential lipopolysaccharide which is incorporated by L. pneumophila into its cell wall during active glycan biosynthesis. When cell-permeable LegioTag is added to an actively growing culture containing L. pneumophila it is intracellularly processed and utilized instead of its natural LEG counterpart.

This azide-modified glycan can then be labelled with either a fluorescent alkyne for imaging or a biotin alkyne for purification. The advantage of using azide and alkyne groups, are that they conjugate to one another with high efficiency but do not react or interfere with other functional groups found in biological samples. LegioTag can be added directly to a Gram-negative bacteria culture in log growth phase, following dilution in fresh media. The culture is then incubated overnight at the appropriate temperature. Following incubation, the culture is washed with buffer prior to ‘click’chemistry labelling using a commercially available Cell Reaction Buffer Kit and Alkyne labelled probe. A variety of different probes are available which can be used for fluorescence detection by microscopy or for bead-based purification, amongst others.
Reagents from The Native Antigen Company

The Native Antigen Company offers a range of reagents for Legionella research, immunoassay and vaccine development: