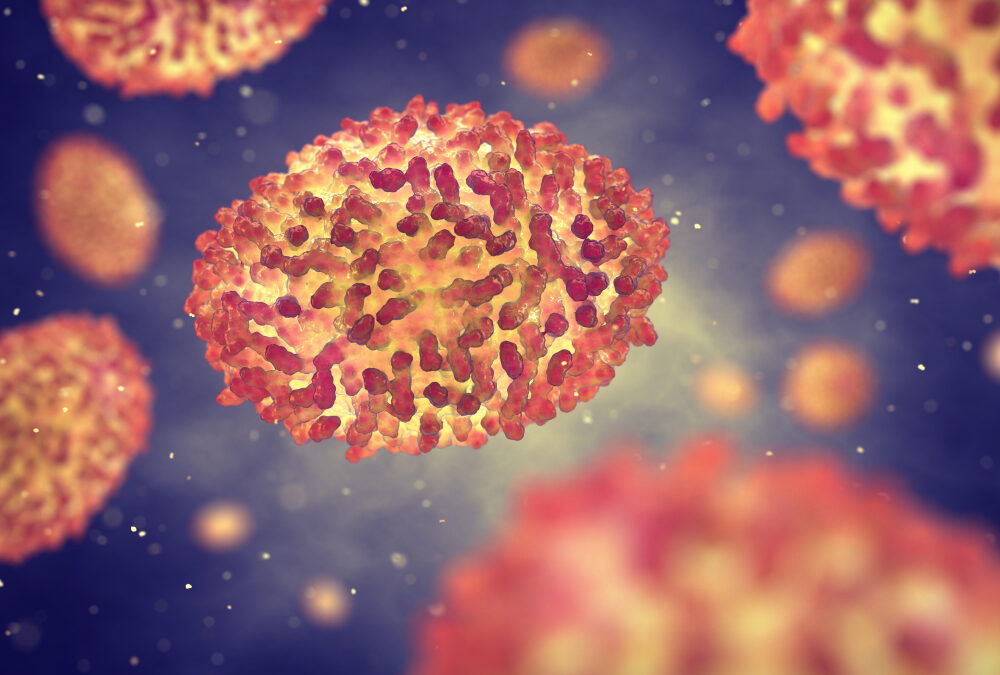 It has been 3 months since a new, unusually widespread outbreak of Monkeypox was first identified. What was normally a virus confined to limited infections in the West African continent is becoming a global health concern.

What have we learned about this virus in that time?

The first case was detected in London in the United Kingdom on 6 May 2022 in an individual with travel links to Nigeria (where the disease is known to have been endemic since 2017). The number of cases grew in a cluster in London, and within 2 weeks new cases were reported in Portugal, Spain, Italy, Belgium, France & the USA.  This broad distribution of confirmed and suspected cases of monkeypox with no direct travel links to an endemic area represents a highly unusual event.

The relatively long incubation period of 7-21 days likely contributed to this breadth of spread; with infected carriers unknowingly travelling and interacting socially, with physical skin-to-skin contact being the most effective transmission vector.

The virus continued to spread efficiently; and by August 2022, the WHO had declared the outbreak a “public health emergency of international concern” (1). Now over 80 countries are reporting Monkeypox, with over 30,000 individuals infected. It is hypothesised that this virus has been spreading across Europe un-diagnosed or detected only in isolated cases for considerably longer than the first observations in May.

What to expect next?

While no treatment exists; it has been shown that smallpox vaccines such as live Vaccinia virus will offer defence to close contacts and reduce the severity of infection. However, with the eradication of Smallpox virus in the 1970’s, smallpox vaccination has not been commonplace for almost 50 years; most of the population will not have received such a vaccine.

Interesting discoveries about the virus have recently been published (2). As a DNA virus it is assumed this will be relatively slow to evolve when compared to the more volatile single stranded RNA viruses such as Influenza or Coronaviruses.  A recent phylogenomic characterization of the 2022 monkeypox strain found the “presumably slow-evolving” shows 50 single nucleotide polymorphisms, which is approximately 6 to 12-fold more mutations than might be anticipated in such a “new” strain.

This shows an accelerated evolution from that observed in smaller, contained outbreaks; contributing to a potentially enhanced adaptability for reproduction and transmission in human hosts.

The Native Antigen Company : Tools to support your research

The Native Antigen Company are developing a panel of antigens to support research into this disease. Please visit our Pox virus page https://thenativeantigencompany.com/poxvirus/ or contact us to speak with our team.