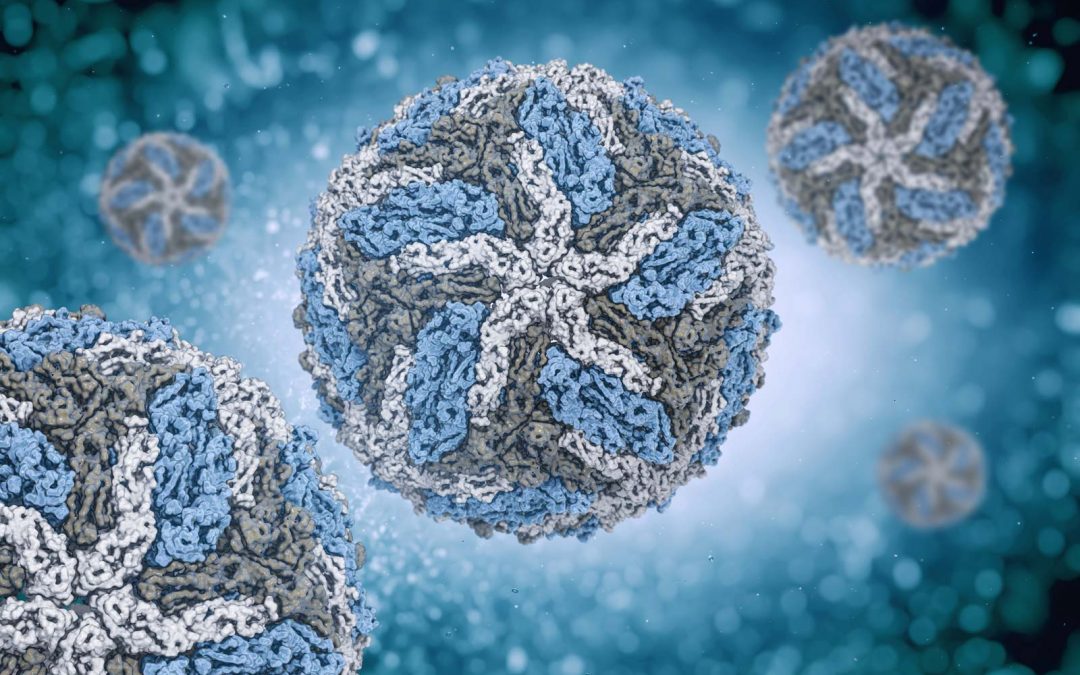 There are four distinct serotypes of Dengue Virus circulating around the world, causing Dengue fever infection which is the most important worldwide arboviral disease. There are nearly 400 million cases of Dengue annually, and around 25% present with so called Dengue Hemorrhagic Fever (DHF), which can be life-threatening. The main risk factor for DHF is secondary infection with another serotype following primary infection, when viral replication can be enhanced by pre-existing anti-DENV antibodies.

As discussed in a recent article by Roltgen et al in the Journal of Immunology, the ability to distinguish infection with specific Dengue serotypes may be important in recognising protective and enhancing antibody responses. Such a capability would also provide an important method for epidemiological surveillance around the world, monitoring the range of the different virus serotypes.

The Dengue virus NS1 protein is released into the bloodstream of infected patients early after infection, and remains detectable for approximately two weeks. It therefore represents a very good target for measuring by immunoassay, and so called pan-serotype assays are commonly used for rapid diagnosis of Dengue infection. Up until now the development of serotype specific NS1 assays has been hampered due to the lack of specific reagents

At The Native Antigen Company we are pleased to announce the availability of a full panel of serotype specific antibodies to Dengue NS1, which are suitable for the development of serotype specific immunoassays. These antibodies have been raised against our well-known mammalian expressed recombinant NS1 proteins. They do not cross-react with other serotypes of Dengue, or other flaviviruses including Zika, Yellow Fever and West Nile.

These antibodies are available in purified and are being developed as Biotin-conjugated versions, alongside the purified NS1 proteins themselves.

For full details see our web-site product page http://bit.ly/2JO64Xy or contact us for further information.