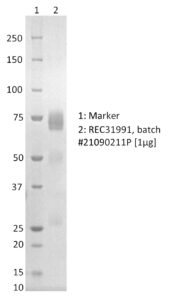 Avian influenza strains are divided into two types based on their pathogenicity: high pathogenicity (HP) or low pathogenicity (LP). The most well-known HPAI strain, H5N1, was first isolated from a farmed goose in Guangdong Province, China in 1996, and also has low pathogenic strains found in North America. Avian influenza A(H5N8) is an emergent, highly pathogenic avian influenza (HPAI) virus that was first reported in January 2014 and in the same year, HPAIs of subtype H5 caused outbreaks in poultry in Europe, North America and East Asia. In 2015, 2 HPAI strains, HPAI A(H5N2) and HPAI A(H5N8), were identified in both wild birds and poultry in the US and Canada. These 2 strains caused poultry outbreaks across 17 states of the US, affecting more than 11 million birds. Despite widespread outbreaks in poultry and exposure of humans, follow-up studies of contacts did not identify illness in humans. During winter 2016 to 2017, a significant number of European countries, as well as Russia, reported the identification of HPAI A(H5N8) in a variety of wild bird species, including migratory birds. At the beginning of October 2017, 2,781 outbreaks of H5N8 influenza in poultry, wild birds, and captive birds had been reported by the European Union Reference Laboratory for avian influenza. A review of these outbreaks in 2016 to 2017, included information on 524 exposed persons – no human infections were identified by PCR testing. The viruses detected in Europe in 2016 to 2017 and those detected in North America in 2014 to 2015 were all closely related but distinguishable (Adlhoch et al., 2018)

There have been 7 cases of human infection amongst poultry workers at a farm with a known Avian Influenza A(H5N8) outbreak in Russia. Based on available information, the risk of human-to-human transmission remains low and WHO recommendations have not changed as a result of the incident. When avian influenza is circulating in an area, farms and contact with live animals, for example in markets, should be avoided. Precautions must be taken by those working with poultry (WHO).