This Human RSV (A) glycoprotein G comprises amino acids 67-298 of the major glycoprotein of RSV. It contains a C-terminal mouse IgG2a Fc-tag with a 15 AA glycine-serine linker. 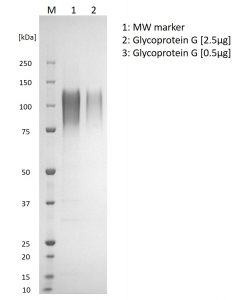