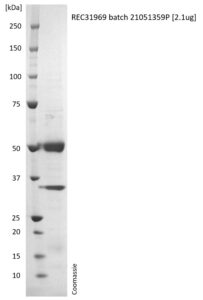 Ross River fever (RRF), also known as epidemic polyarthritis, is an illness caused by infection with the Ross River virus, which is related to another mosquito-borne virus, Barmah Forest virus. The virus was first isolated in 1959 from a mosquito trapped along the Ross River in Townsville, Queensland. Since then, outbreaks have occurred in all Australian states, including Tasmania, and metropolitan areas. Ross River virus infection cannot be spread from human to human. It is spread from animals to humans by a number of different types of mosquitoes with Culex annulirostris, Aedes vigilax (salt marsh mosquito) and Aedes notoscriptus being most common. Aedes vigilax breeds in salty pools in mangroves and salt marshes after flooding by spring tides and heavy rains. Culex annulirostris breeds in permanent bodies of fresh water while Aedes notoscriptus breeds in containers close to homes and other human activity.

Ross River virus belongs to the virus genus Alphavirus (family Togaviridae), a group of small enveloped single-strand positive-sense RNA viruses. The genome of the T48 strain of RRV is 11,853 nucleotides in length and codes for four nonstructural proteins (nsP1 to nsP4), a capsid protein, and three envelope glycoproteins (E1, E2 and E3). The E3 glycoprotein is not incorporated into the virion. The capsid protein and the genome form the nucleocapsid, which is about 400 Å in diameter, contains 240 copies of the capsid protein, and has T = 4 icosahedral symmetry. T is the triangulation number, giving a multiplier of 60 that gives the number of subunits in the virus structure. The E1 and E2 viral glycoproteins are embedded in the lipid bilayer to form the envelope. Single E1 and E2 molecules associate to form heterodimers and these E1-E2 heterodimers form one-to-one contacts between E2 and nucleocapsid monomers (Harley et al., 2001).