Repurposing Adenoviruses as Vectors for Vaccines 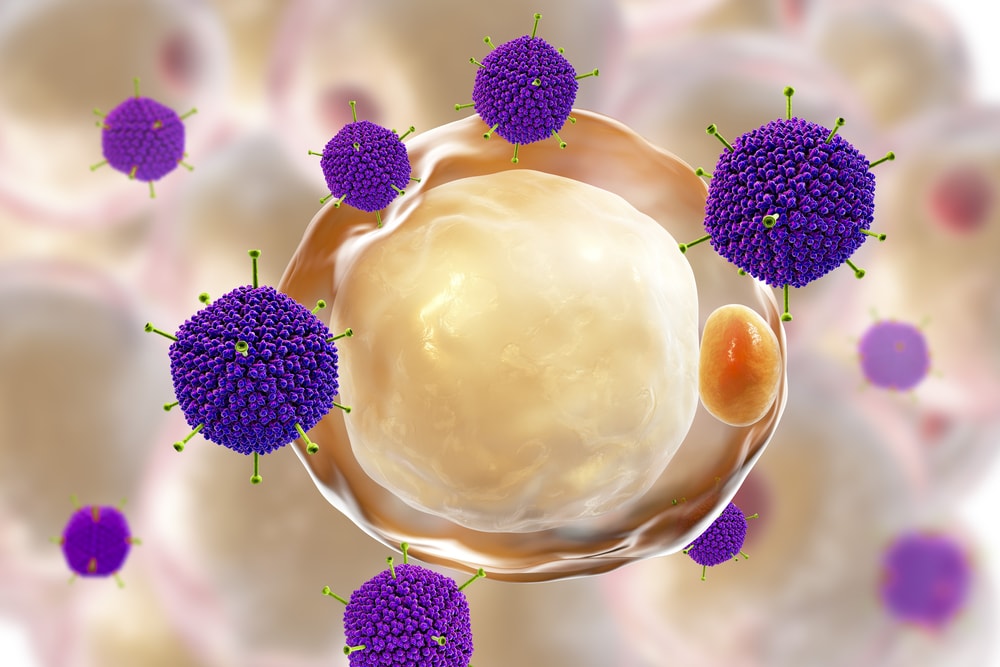 In the first of a 2-part series, we explore what makes adenoviruses so useful in gene therapy applications and how they are being developed as vectors for vaccines at the Jenner Institute in Oxford.

Adenoviruses (ADVs) are non-enveloped icosahedral DNA viruses ranging from 70-90nm in size that belong to the adenoviridae virus family. Named for the adenoid (tonsil) tissue from which they were first identified, AdVs are now known to infect a broad range of tissues, causing mostly benign infections such as nasal congestion and rhinorrhea (runny nose), cough and conjunctivitis. Though they rarely made the headlines, their use in emerging clinical technologies has gained traction in recent years – namely gene therapy. The idea is fairly simple: a therapeutic gene is inserted into the viral genome and takes advantage of the virus’s inherent ability to infect and transduce cells to (hopefully) produce the desired therapeutic or immunised outcome. There is now a significant amount of research in the adenovirus space for a broad spectrum of human diseases.

What makes adenoviruses great viral vectors?
First, we should probably discuss why adenoviruses are a popular choice of vector for gene therapy applications. AdVs have a variety of inbuilt features that make them fairly straightforward and easy to work with. In the lab, their genetic manipulation is fairly simple and they are easily purified to high titres. In clinical applications they also show some qualities that make them uniquely suited to gene therapy applications:

Genetic stability and safety
One of the biggest concerns with injecting human beings with viruses is that they could cause more harm than good. Fortunately, ADVs have some pretty nifty features that give them a stable and safe genome. Unlike ssDNA or RNA viruses, the double-stranded genome of ADVs is much more stable and does not experience much genetic shift or drift. So called ‘runaway viruses’ undergo genetic changes after inoculation into patients and may cause harm to patients, and so are a priority concern for clinical applications. Just to be sure, AdVs also employ a proof-reading DNA polymerase – the enzyme responsible for replicating DNA that also ‘proof-reads’ its work to remove any mistakes. Once in the cell AdVs also don’t integrate their DNA with the host’s genome, but transfer episomal DNA to the host cell’s nucleus, unlike many other viruses [1]. Combined, these features are invaluable in clinical applications, making AdVs a very popular platform.

Extra improvements
Building on these foundations, researchers have genetically-tweaked AdVs through successive generations to optimise them for clinical applications. AdVs happen to be quite genetically malleable, with relatively simple genomes which makes their study and manipulation relatively straightforward. Genomic space is a necessity when developing vectors for genes. So-called ‘gutted’ AdV vectors have sufficient room to pack plenty of extra DNA (35kb is typical), which is very useful for transporting a bulky payload to its target destination.

Adenoviruses clearly have some unique qualities, but what are they being used for in clinical research?

Adenoviruses as vectors for vaccines
A range of infectious diseases are theoretically preventable by vaccination, but even with global efforts, many vaccines are still unavailable and are notoriously hard to develop. Viral vectors are an appealing alternative to conventional vaccination methods, as they can combine the ability of live attenuated vaccines that elicit strong humoral responses, with strong intracellular T-cell responses. Of the candidates, AdVs are one of the front-runners for a new generation of vaccines. Let’s look at how they work:

AdV vaccine vectors come in a range of different forms according to their intended therapeutic strategy (which are numerous to say the least). Replication-defective vectors are engineered by deletion of the E1 locus responsible for replication and usually lack E3 genes to create extra space for the insert of transgenes [2]; Replication competent vectors have their E3 genes deleted for transgene insertion, but possess a more limited capacity for transgene inserts [3]. Choosing between a replication-competent or defective vector comes down to the features of the virus being used, its immunogenicity, safety and the DNA insert needed.

Once a vector is introduced to a patient’s bloodstream or muscle tissue, the vector enters a cell and releases its DNA payload in the nucleus. This causes the host cell to express the transgenic antigens in the cytoplasm, which are presented to T-cells to elicit an immune response, while they are simultaneously secreted for recognition by resident macrophages and APC cells. Combined, this creates an immunological memory that protects the host against subsequent exposure to the pathogen.

So why bother with these complex recombinant vaccine technologies? Unlike, conventional vaccines, the ability for viral vectors to induce both a humoral and potent intracellular T-cell response leads to stronger immunorecognition, and therefore, immunisation [4]. These vectors can also be developed as  vaccine ‘platforms’ that can be re-purposed to theoretically present any antigen to the immune system, which could revolutionise response to rapid outbreaks for emerging diseases.

A new MERS vaccine?
One of the leading groups working in this area are the Jenner Institute in Oxford, who are developing vaccines for diseases that pose a major global threat, such as SARS, MERS, Zika, HIV, Tuberculosis and Ebola, to name a few. Their dedicated Vector Engineering programme is focusing its efforts on Chimpanzee ADV vectors (or AdCs), which aren’t hampered by existing AdV immunity in human populations. One of the most promising programmes is led by Professor Sarah Gilbert’s team, who are developing a Chimpanzee ADV vector (ChAdOx1) against MERS coronavirus [5]. MERS first made the scene in Saudi Arabia in 2013 and was soon reported in 26 countries, thereafter [6]. The virus is surprisingly contagious and mortality rates as high as 70% have been reported [7]. Gilbert’s team are developing ChAdOx1 for the delivery of MERS spike protein, which contains the receptor-binding domain used to mediate cell entry [8]. Shuttle vectors are used to insert the spike protein by homologous recombination, under the control of a strong CMV early promoter and a plasminogen activator gene to enhance the humoral response [9]. The results have so far been promising. Unlike its MVA counterpart, preclinical studies have demonstrated induction of high titre neutralising antibodies with a single dose and good levels of safety. Research is now focused on vaccine regimens and the group working with research centres in Saudi Arabia and Morocco for vaccine studies in camels – the main reservoir from which spill over events have occurred. Off the back of this, CEPI recently announced funding for a collaboration between the Jenner Institute and Janssen’s Vaccine division to develop the MERS vaccine, with its Phase I clinical trial still underway [10].

What next?
Over recent years, adenoviruses have been extensively studied with substantial improvements addressing issues such as toxicity, seroprevalence and immunogenicity. The threat of global emerging diseases and bioterrorism have increased the need for new vaccine platforms that can be designed and manufactured in short time frames. AdVs have proven to be robust and versatile vectors and are now at the forefront of this next generation.

But while studies, such as the Jenner Institute’s MERS vaccine are a testament to the utility of AdV vector platforms, challenges still lie ahead. Despite the promise of viral gene delivery, efficacy in humans still tends to be sub-optimal and there is general need to develop more immunogenic vectors that elicit humoral and cell-mediated responses of a greater magnitude. On the one hand, gene transfer should cause minimised activation of unwarranted immune responses. On the other hand, vaccines must induce both transgene-specific innate and adaptive responses to provide adjuvant-like immunogencity. This is a careful balance to strike and will require years of ongoing research to understand the system-wide effects for each vector candidate and disease. Another hurdle is vector-specific immunity, which impairs the ability of vectors to elicit adequate immune responses. This problem can be averted by appropriate selection of vectors and adopting well-planned immunisation strategies that use different virus serotypes for prime and boosting immunisations. While the development of AdV vector vaccines still face abundant scientific challenges, the future is looking bright and will likely produce a new generation of clinical applications in the coming years.

In next week’s blog, we discuss the application of AdV vectors in cancer therapeutics