The Role of Serology in Tracking COVID-19 Mutations 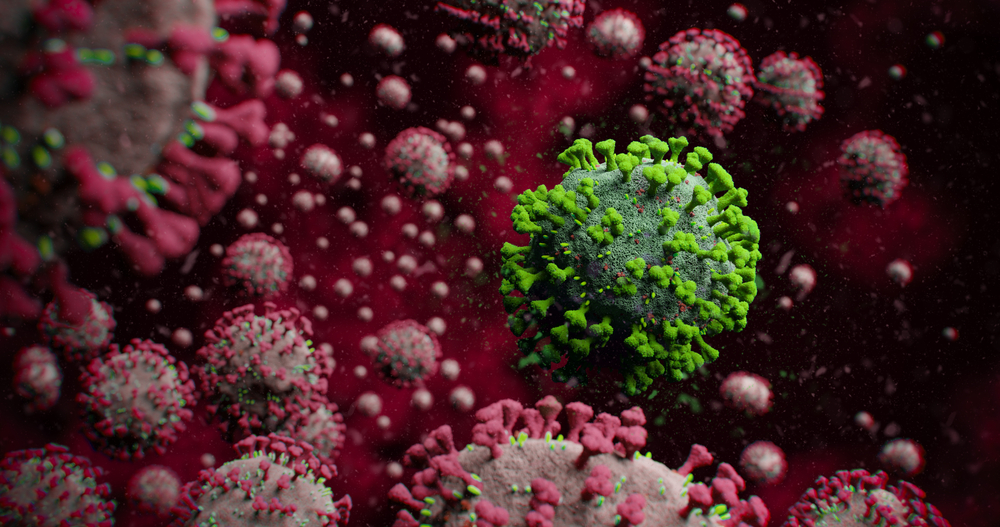 This article was originally published on Clinical Lab Products.

As SARS-CoV-2 began its global proliferation in early 2020, scientists hastened to investigate its biology, develop diagnostic tests, and design candidate vaccines, marking one of the most research-intensive periods in human history. Aside from where the virus had originated, an underlying question was how, and to what extent, it would mutate. To much relief, its mutation rate appeared to be modest at best — thanks in part to its proof-reading polymerase (Nsp14) that corrects errors during the genome replication process.1

As global cases quickly grew, SARS-CoV-2’s genome was given an ever-increasing opportunity to experiment. As early as March of 2020, sequencing had revealed a growing number of mutations in the virus’s spike gene, whose protein product is responsible for mediating cell-entry and pathogenesis. Of these, D614G (Aspartate 614 → Glycine) rapidly ascended to consensus, catching the attention of the life science and public health communities. Yet, as the mutation was found to confer only mild improvements to infectivity and shedding, attention soon returned to other aspects of SARS-CoV-2 biology.2

Figure 1. Schematics showing annotated spike gene sequences for the B.1.1.7, B.1.351 and B.1.1.24/P.1 variants, including both point mutations and deletions. Note that each lineage has shown to exhibit spike gene diversity, making these diagrams subject to change.

The many previous point mutations encountered made it clear that mutations were nothing new for SARS-CoV-2. However, what made the emergence of new variants so surprising was that each possessed a broader constellation of mutations not seen together before. Coinciding with their regional emergence, many countries also witnessed surges in case numbers, leading to the re-implementation of lockdowns and travel restrictions.3 Since late 2020, more VoCs have emerged, including the Californian B.1.429 and Indian B.1.617 variants.

Making Sense of the Mutations

For ongoing public health and vaccination programs, characterizing variants has become a clear priority. Beyond the immediate threat of increased transmissibility and virulence, concern has been growing around the robustness and longevity of human COVID-19 immunity: as all currently available vaccines target the original Wuhan-Hu-1 strain’s spike protein, significant-enough mutations could hypothetically enable variants to evade a substantial degree of immunity elicited by vaccines.

These fears were stoked in early 2021, when studies showed a reduced ability of patient sera to neutralize variants in vitro, and South African vaccine trials, where the B.1.351 variant was circulating, resulted in lower-than-expected protection.4,5 Kick-starting a new wave of research, considerable work has since been underway to characterize these variants and support the development of precautionary measures.

The constellation of Spike mutations that have emerged is substantial and ever-changing, with different substitutions, deletions and combinations having showed the ability to confer a range of different traits. Those that have gained the most attention so far, are K417N, E484K/Q, N501Y and L452R (Figure 2), all of which reside in Spike’s receptor-binding domain (RBD) — the immunodominant region responsible for ACE2 binding and the major target of neutralizing antibodies.6

These four mutational “hotspots” are all shared by the major B.1.1.7 (UK), B.1.351 (South African), B.1.1.24/P.1 (Brazilian), B.1.429 (Californian), and B.1.617 (Indian) variants. Having repeatedly arisen independently of one another, they appear to be advantageous low-hanging fruit for SARS-CoV-2 to adopt, alongside the many other, less significant mutations. These mutations have also shown to out-compete prototypic sequences, confer higher ACE2 affinity, and increase viral loads in patients.7  E484K, for example, has shown to confer up to 10-fold greater resistance to convalescent patient and vaccinee sera8, and evade binding of multiple RBD-specific monoclonal antibodies.9

A more recent VoC, B.1.617, has since emerged in India, including the E484Q and L452R mutations10, the latter of which has now converged in multiple variants.11 Like other point mutations, L452R has shown to increase infectivity and shedding, with small decreases to the neutralizing ability of anti-RBD antibodies.12 L452R may be of significant adaptive value to SARS-CoV-2, with recent containment measures and growing population immunity possible creating significant pressures for its positive selection. 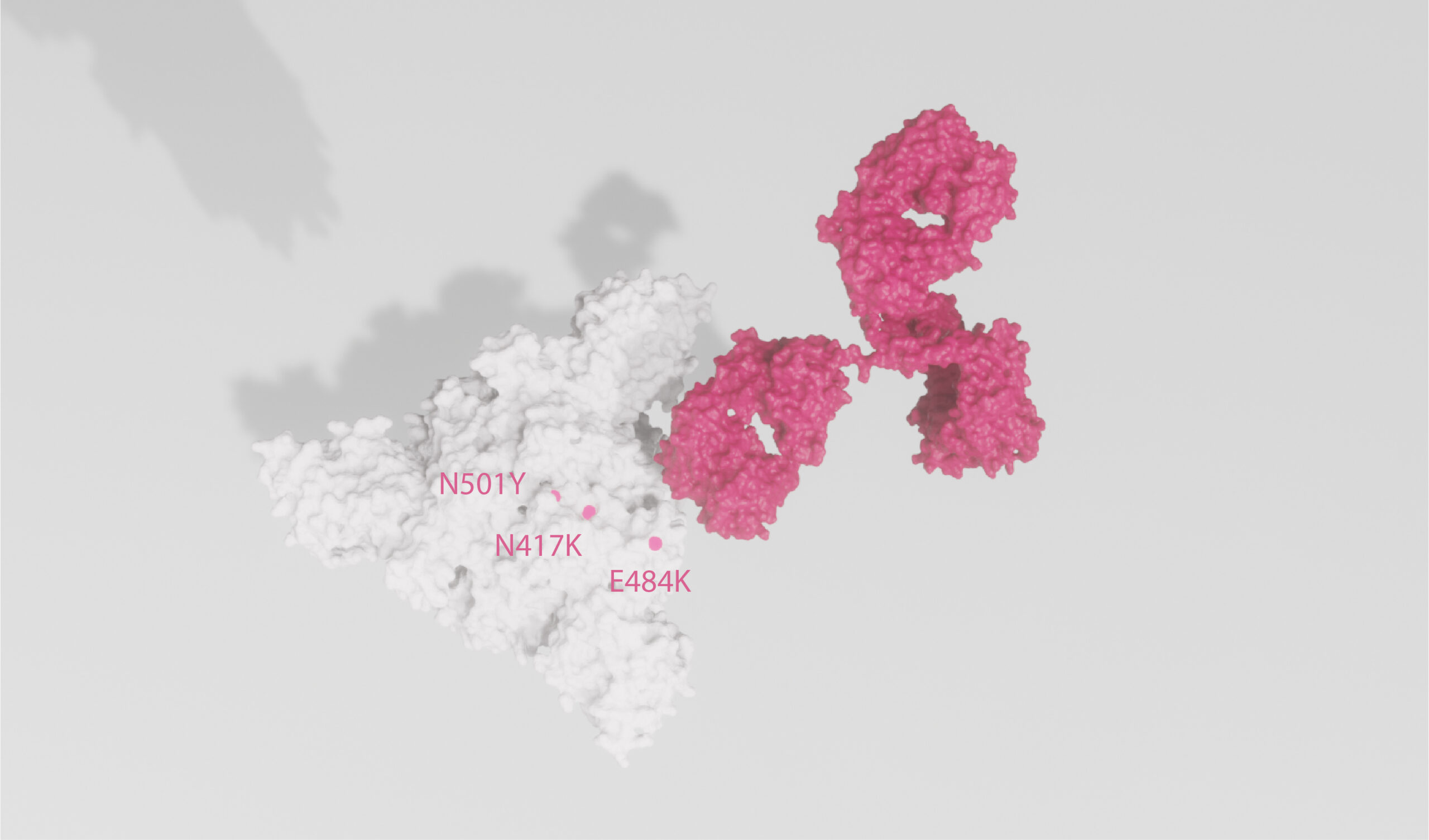 Spike has also shown a tendency to lose small portions of its N-terminal domain. The H69/V70 deletion of the B.1.1.7 (UK) variant, for example, has shown to contribute to increased infectivity and PCR target failure.13 And finally, while recombination hasn’t gained significant attention outside of SARS-CoV-2’s putative origins and spill over, data suggests that it may be occurring and contributing to the emergence of novel variants to some degree.14 Recombination events, through co-infecting variants in particular, may facilitate more rapid and drastic changes to the SARS-CoV-2 genome.

The Importance of Neutralization

The emergence of variants in recent months comes as a reminder that COVID-19 still has some surprises in store. As the majority of vaccines provoke an immune response to multiple spike epitopes, the breadth of antibodies elicited from vaccination are expected to continue conferring a moderate degree of protective efficacy and reduce the incidence of severe disease, at the least.15  However, the proportion of vaccine coverage needed to achieve herd immunity is unclear, and the bar may only rise higher if new variants show increased transmissibility in naïve and immune individuals. The emergence of variants may also be exacerbated by immune-mediated selection pressures from therapeutic-, patient- or vaccine-induced antibodies.16

A concerted global effort is now underway to track, characterize, and contain the novel SARS-CoV-2 mutations. Here, consensus and intra-host genome sequencing continues to play a fundamental role in variant surveillance17, generating a wealth of epidemiological data that can indicate whether mutations mediate infectivity, virulence, or immune evasion.

Deep mutational scanning and predictive simulations are also enabling prospective evaluations of mutation functionality to stay a few steps ahead.18 However, as we still lack a means of comprehensively and systematically assessing immunity at the patient level, significant gaps remain in our scientific arsenal.

Neutralizing antibody titers (Figure 3) appear to correlate well with the protective efficacy of vaccines, and so have largely defined correlates of protection.9 However, most large-scale serological studies to date have relied on rapid tests, which are unable to measure neutralizing efficacy, and are limited by relatively low sensitivity and specificity. In an attempt to address this gap, a new generation of immunoassays are being developed to enable more standardized means of assessing variant sensitivity to neutralization by monoclonal antibodies and vaccinee sera, as well as vaccine protection of animals against challenge with novel variants in research and preclinical testing.19