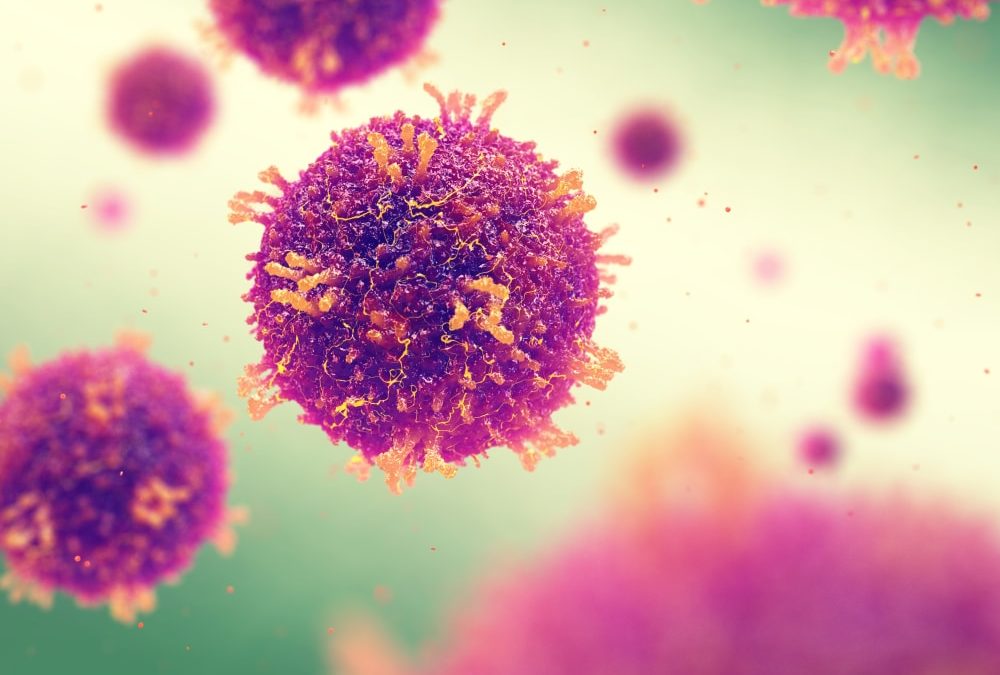 In this blog, we discuss the need for improved point-of-care (PoC) diagnostics for HIV and present the virus’s cellular mechanism to illustrate our new range of HIV antigens and antibodies.

HIV in the developed world

On June 5th 1981 in Los Angeles, California, 5 cases of an unknown disease causing impaired immunity was clinically reported. In the months following, there was a widespread spike in cases of rare skin cancers and other opportunistic diseases commonly found in immuno-suppressed patients. The causative agent was soon identified as HIV and in the years that followed, the virus became pandemic as incidence skyrocketed across the world. Since its emergence, HIV has been estimated to be responsible for over 35 million deaths worldwide and has debilitated many developing economies [1].

The response to HIV has also been undoubtedly impressive. Billions of dollars of funding have flooded in from governments and organisations worldwide and over 23 million infected people are now accessing treatment, representing a 62% coverage and contributing to a 55% decrease in mortalities since 2004 [2]. This has largely been the result of antiretroviral therapies (ART), and more recently, pre-exposure prophylactics (PrEP), which have significantly improved the control and treatment of HIV to the point where a daily pill can suppress the virus and provide near normal life expectancy [3]. In 2016, the United Nations General Assembly adopted the political declaration on the Fast Track: Ending the AIDS Epidemic by 2030 [4], resulting in a noticeable shift in HIV research from improving symptoms and palliative care, to more focused eradication efforts. Looking forward, models have predicted that continued ART strategies could drastically reduce HIV incidence and mortality over the coming years, but may struggle to meet UN goals [5]. The true end goal for HIV/AIDS, is a functional vaccine that can prevent HIV infection. However, due to HIV’s mutable nature a vaccine has so far remained elusive, meaning that prophylactic and therapeutic regimens will likely be a mainstay for the foreseeable future [6].

In spite of the huge leaps that have been made with HIV in the developed world, improvements have been more challenging to implement in resource-limited settings. In fact, the number of people infected with HIV is continuing to rise in most parts of the world, despite our best efforts. Take Eastern Europe for example, which since 2008 has seen a 68% increase in HIV infections, due in large part to late diagnoses that allow continued transmission [7]. Another major reason for increasing incidence is the lack of access to HIV treatment, which affects 15 million people worldwide [8]. The causes for this in the most resource-limited settings tend to be a lack of healthcare infrastructure and resources. Take, sub-Saharan Africa for example, a region which employs 1.3% of the world’s healthcare professionals, yet experiences 25% of global disease burden [9].

A consistent theme in reducing HIV incidence is better diagnostics, with accurate and early diagnosis showing significant improvements in mortality rates and reduced transmission of the virus [10]. However diagnostics for HIV have not received nearly as much support as drug and vaccine programs in resource-limited settings [5]. The crux of the issue is that most advanced diagnostic laboratory technologies are centralised and require highly trained staff in specialised facilities. Equipment is also expensive and needs regular maintenance by skilled technicians. This means that many laboratory-based tests for HIV which are regarded as standard in developed countries, are prohibitively expensive and inaccessible to both patients and clinicians in the developing world.

The most effective solution to poor diagnostic access is the development and distribution of accurate and inexpensive point-of-care diagnostic tests, that can be used by patients or low-skilled healthcare workers, to reduce transmission of HIV and improve management of the disease for those infected.

A variety of rapid tests for diagnosing HIV in resource-limited settings are now commercially available. The most frequently-used rapid tests are lateral flow assays, which require few-to-no reagents, are inexpensive and can provide results within half an hour [11]. Lateral flow devices function by detecting antigens and antibodies to HIV, available in minute volumes of whole blood, serum, plasma, urine or saliva. For example, the OraQuick PoC antibody test can detect both HIV-1 and HIV-2 in whole blood or plasma and oral fluid specimens at low concentrations (mg/ml).

Rapid PoC tests have shown to be quite sensitive for detecting chronic HIV infection and are becoming more accessible. However, as antibodies aren’t produced immediately by the immune system, negative results can occur during the first few weeks of infection. Moreover, those infected can still have a high level of the virus circulating in the bloodstream, making them at high risk of transmitting infection. Therefore, the latest, fourth generation tests for HIV detect a combination of analytes such as the p24 antigen, alongside antibodies (e.g., ARCHITECT HIV Ag/Ab combo and Alere Determine HIV 1/2 Ag/Ab combo), extending the detection window.

Antigen-antibody combination assays tests have been shown to be reliable, accurate and cost-effective, when compared with laboratory testing and are therefore emerging as viable alternatives to nucleic acid tests and laboratory methods [12]. However, further improvements are still needed. Despite recent advances in diagnostic technologies, there are no commercially-available HIV tests that fully meet the REASSURED criteria [13]:

In particular, diagnostics that can detect HIV earlier in its infection course, with better accuracy and self-PoC testing have been highlighted as key areas for improvement [14]. Tests are also unable to accurately diagnose infection in infants and young children due to the presence of maternally-acquired antibodies that have not yet seroconverted [15].

A key component of any reliable assay starts with high quality reagents. The Native Antigen Company now provides a range of reagents for Human Immunodeficiency Virus (HIV), including new high-quality antigens and antibodies, in addition to our range of virus receptors. These high quality reagents can be used for a variety of applications, including the research and development of novel HIV diagnostics, vaccines and therapeutics. Below, we’ve illustrated the basic mechanism of HIV’s cellular pathogenesis, with the reagents that we provide emboldened. For more information on our HIV range, please see the links below.