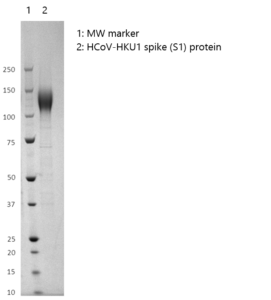 There are seven known coronaviruses which can infect humans, including HCoV-229E andHCoV-NL63 (alpha-CoVs), HCoV-OC43 and HCoV-HKU1 (Group A, beta-CoVs), SARS-CoV and SARS-CoV-2 (Group B, beta-CoVs) and MERS-CoV (Group C, beta-CoV). Human coronavirus HKU1 originated from infected mice and is most closely related to the mouse hepatitis virus (MHV), which makes it distinct from the other known human betacoronaviruses, HCoV-HKU1 was first detected in January 2004, in a 71-year-old man who had recently returned to Hong Kong from Shenzhen, China and was suffering with acute respiratory distress syndrome and pneumonia (Woo et al., 2005). It has the lowest G C content (32%) among all coronaviruses with a known genome sequence. It is now found in humans worldwide, where it accounts for about 0.9% (0 to 4.3%) of acute respiratory infections and it is estimated that the majority of children have been exposed to HKU1 before age 6 (Zhou et al., 2013).

All coronaviruses share a common genome organisation in which the replicase gene encompassing the 5’ two-thirds of the genome is comprised of two overlapping open reading frames, ORF1a and ORF1b. The structural gene region, which covers the 3’ third of the genome, encodes the canonical set of structural protein genes in the order 5’-spike (S), envelope (E), membrane (M), nucleocapsid (N)-3’. S and N are the most immunodominant CoV proteins. Virus pathogenicity, tissue tropism and host range are determined by the host cell receptor; HKU1 has a hemagglutinin esterase (HE) gene and enters its host cell by binding to the N-acetyl-9-O-acetylneuraminic acid receptor. Infection results in an upper respiratory disease in humans with symptoms of the common cold, but can also progress to pneumonia and bronchiolitis (Lim et al., 2016). Studies in Hong Kong have shown that CoV-HKU1 has a shorter duration of fever (mean, 1.7 days) and no difference in maximum temperature in infected children compared to patients with most other respiratory virus infections, but a higher incidence of febrile seizures (50%) has been noted, compared to HCoV-OC43 (14%), adenovirus (9%), human parainfluenza virus 1 (0%), and respiratory syncytial virus (8%) infections. HCoV infections occur mainly in the winter-spring season. HCoV-HKU1 and HCoV-OC43 infections appeared to peak in winter, although cases of the former also occurred in spring to early summer. This was in contrast to HCoV-NL63 infections, which mainly occurred in early summer and autumn and were absent in winter. Two genotypes of CoV-HKU1 cocirculated during the study period (Lau et al., 2005).