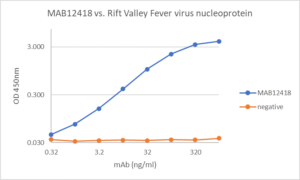 Rift Valley Fever Nucleoprotein (clone DE1) antibody recognises RVFV N protein and has been manufactured for use in immunoassay development.