Coronaviruses: The Next Disease X? 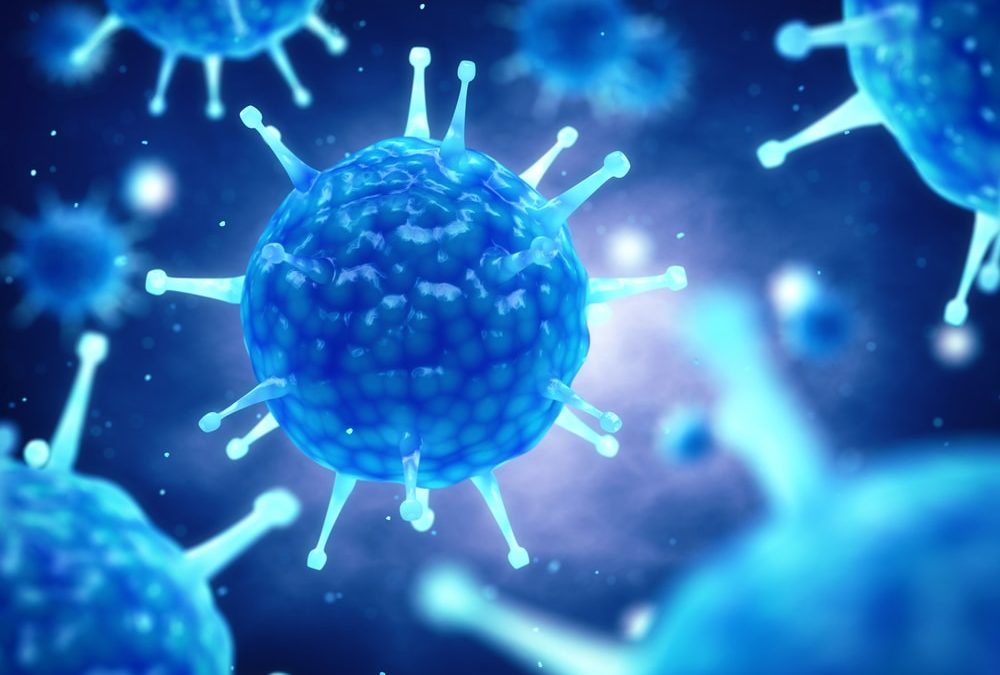 For much of their known history, the coronaviruses were regarded as relatively benign pathogens with little potential to cause human harm. However, the emergence of SARS and MERS in recent decades has brought coronaviruses into the global spotlight. In this blog we explore why the human coronaviruses might be the next Disease X and introduce our new range of coronavirus reagents.

The coronaviruses were first characterised in the 1960s when a strain was isolated from the respiratory tract of a patient with a cold [1]. This new group of viruses was named Coronaviridae in reference to the crown-like appearance of the Spike proteins that projected from their envelope. The coronaviruses are positive-sense single-stranded RNA viruses with genomes ranging from 26-32Kb in size. 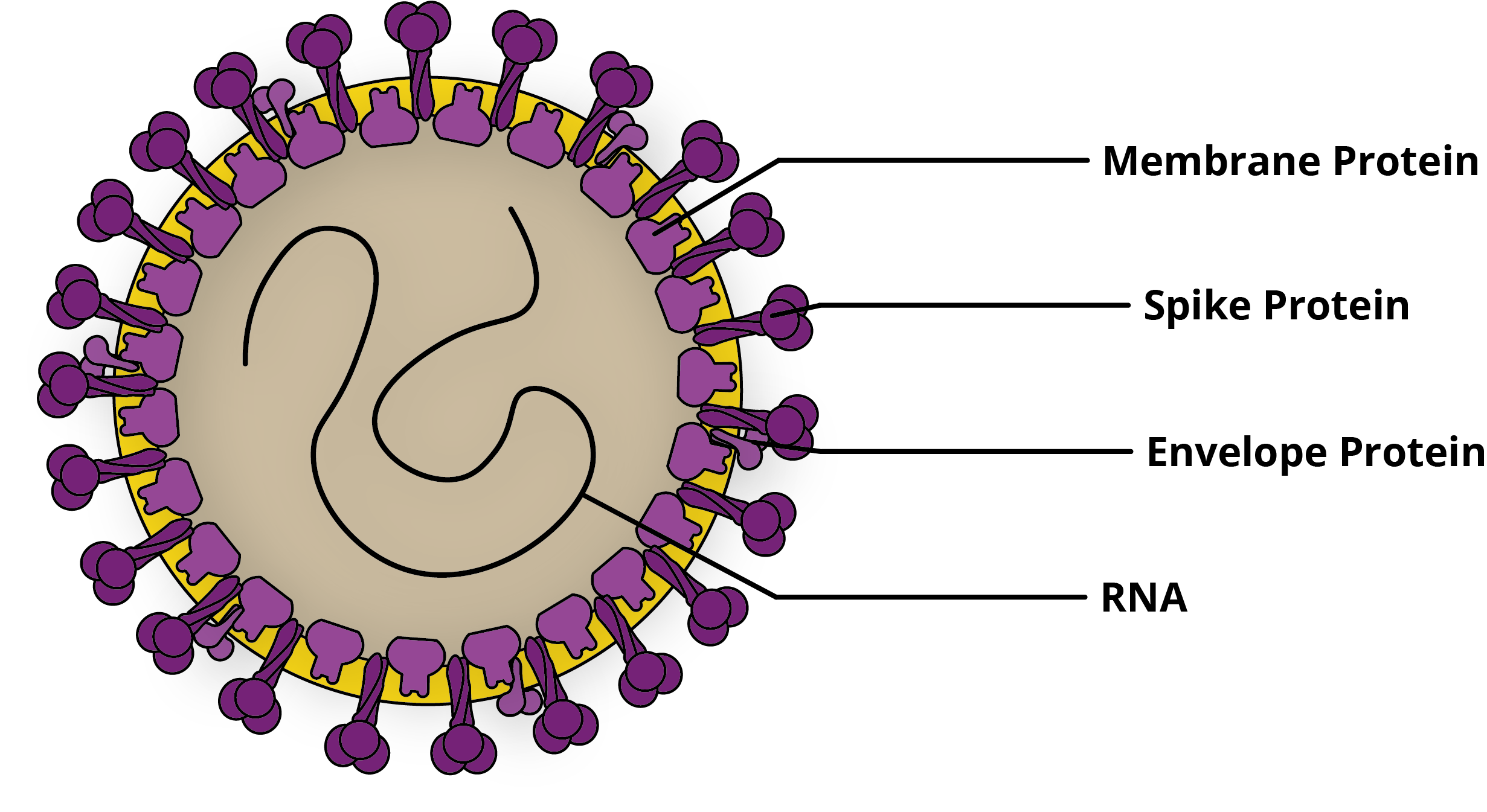 Since the 1960s, many distinct CoVs have been identified in humans and have tended to cause mild illnesses, such as colds and urinary tract infections [2]. However, in recent years, more pathogenic strains of CoV have emerged. These CoVs have had significant impacts on global public health and continue to shape the outlook of infectious disease prevention in the 21st century.

The first zoonotic introduction of a CoV into a human population occurred in November, 2002 in Guangdong China, when a farmer contracted the Severe Acute Respiratory Syndrome (SARS) coronavirus from a civet [3]. Following the individual’s admission to a local hospital, the virus rapidly spread to multiple patients and staff within the facility [4], and within a matter of weeks it reached 37 countries, infecting a total of 8,448 individuals.

During the outbreak’s onset, there was widespread concern by public health authorities and governments that high mortality and morbidity rates could make SARS a rival of the 1918 influenza pandemic that resulted in nearly 50 million deaths [5]. Yet in spite of SARS’s rapid proliferation, the virus fell short of the devastating mortalities that many feared. Rather, it was the economic toll of SARS that had the greatest impact on the global community. Sectors like travel and tourism were hit the hardest as people cancelled flights amidst health warnings, though many other sectors were affected, such as manufacturing and education [6]. In some regions, household incomes declined by as much as 23% [7]. In Boston and New York City, April Fools pranks created such a sense of panic that local businesses in Chinatowns experienced substantial losses [8]. Overall estimates suggest that the epidemic cost upwards of $100 billion USD (that’s nearly $11 million per case of infection) – a disproportionate figure, even for a virus as contagious as SARS [5].

A decade later, the Middle East Respiratory Syndrome coronavirus (MERS) marked the second known zoonotic introduction of a highly pathogenic coronavirus in 2012 [9]. MERS was isolated from a patient in Saudi Arabia who subsequently died from acute pneumonia, which most likely originated from a bat [3]. Like SARS, the patient’s admission to a local hospital resulted in multiple nosocomial infections, which then spread rapidly by air travel. A combination of sporadic cases, and larger outbreaks were reported in 24 countries, with over 1,000 cases of the virus and over 400 deaths [10]. Unlike SARS, MERS proved to be a highly deadly disease, with a case fatality rate of 40%. Millions were at risk of contracting MERS at popular tourist destinations like Mecca and Riyadh, causing Saudi officials to restrict travel. Thanks to global cooperation, the outbreak was eventually brought under control by 2014 [11]. MERS then re-emerged in 2015, when an individual returned to South Korea from the Middle East. However, the South Korean outbreak was more short-lived, and 186 cases and 36 deaths were reported [12].

What Makes The Coronaviruses So Effective?

To understand the success of CoVs in the 21st century, it is necessary to look at the factors that have allowed them to spread so efficiently:

In addition to not being particularly fussy about their hosts, CoV mutability also means that they may not be recognised by the immune system on subsequent CoV infection. As the immune system is unable to recognise these strains and mount an effective response, infections by CoVs like MERS/SARS have tended to be severe and cause significant mortality as a result.

Surprisingly, MERS/SARS are not particularly contagious viruses. They both require close contact to infect susceptible individuals, and estimates of their reproductive numbers are generally agreed to be below 4 [14] (compared with 12-18 for measles [15]). But if MERS/SARS aren’t very contagious then how have they managed to spread so rapidly?

Most MERS/SARS infections have occurred in hospital settings, where many immunocompromised patients are found in close proximity and transmission is facilitated by frequent contact between healthcare workers, patients and visitors [16]. During the 2015 MERS outbreak, transmission was primarily driven by three infected individuals, which 75% of subsequent cases can be traced back to [17]. These so-called ‘super-spreaders’ infected a disproportionately large number of individuals and allowed MERS to proliferate much more effectively that it would in the community.

The availability of air travel has also allowed CoVs to cover great distances. Given that MERS/SARS infections can take up to one week to present symptoms, infected individuals have plenty of time to travel and infect new communities and hospital environments [18]. Moreover, despite advice to the contrary, many probable case patients travelled during the MERS and SARS outbreaks, and were largely responsible for driving its international spread [19], and it’s even been suggested that the enclosed conditions of aircraft, with recycled air-conditioning, have facilitated in-flight transmission [20].

The Next Disease X?

Owing to their potential as epidemic pathogens, MERS and SARS are included on the World Health Organization’s List of Blueprint Priority Diseases – An evolving list of emerging diseases that pose a severe public health risk, and for which insufficient, or no preventive and curative solutions currently exist. In addition to MERS/SARS, the list includes:

Due to the emergence of global diseases in recent decades, ‘Disease X’ is used to refer to a yet unknown pathogen with pandemic potential (i.e. it’s the next big thing). Epidemiologists, scientists and healthcare authorities often speculate on what Disease X will be, though predicting it is challenging to say the least. Of the viruses commonly speculated to be the next Disease X, a new spill-over coronavirus frequently makes the rounds. Thanks to a combination of rapid evolution, lack of population immunity, cross-species transmission, nosocomial transmissibility and rapid air travel, the coronaviruses rightly deserve cause for concern. What’s more, the ongoing conflicts in the Middle East continue to strain public health systems and could create perfect storm for new MERS/SARS-like diseases that would be very difficult to control.

The high case fatality rate, vaguely defined epidemiology, and absence of prophylactic or therapeutic measures against these novel viruses have created an urgent need for new countermeasures should an outbreak expand to pandemic proportions. To support detection, prevention and control of human coronaviruses, we now offer a range of antigens and antibodies for research and development. Click on the product icons below for more details:

We offer a range of Coronavirus antigens including recombinant proteins for SARS and MERS CoV. These antigens are suitable for use in assay development, vaccine research and as antigens for the preparation of coronavirus-specific antibodies:

We also offer monoclonal antibodies that are specific to SARS CoV proteins, including Nucleoprotein, Envelope and Matrix protein: