About the Omicron Variant

The novel B.1.1.529 SARS-CoV-2 variant was designated Omicron on the 26th November, following its increasing prevalence in South Africa. Harbouring more than 30 mutations in its Spike gene, the principal concerns surround Omicron’s infectivity, virulence and ability to circumvent vaccine protection.

To understand the threat that Omicron poses, researchers have begun closely tracking its spread and investigating all facets of its biology. The nature of research carried out so far follows that of other variants, including analysis of epidemiological data, in vitro binding studies and computational modelling. So far, little is known about the new variant. However, parallels with other variants and emerging data are beginning to give an indication.

Omicron shares multiple mutations with other SARS-CoV-2 variants that have been shown to mediate increased transmissibility and antibody escape, while the effects of many new mutations are yet unknown. Accumulating epidemiological data also supports increased transmissibility over Delta, which Omicron may displace in time. The increases in transmissibility are not yet clear at the mutation-level. However, data from South Africa suggests that higher transmission is in part driven by the ability for Omicron to evade a greater degree of natural and vaccine-induced immunity, especially in younger age groups.

Our trimeric whole Spike antigen is stabilised as a pre-fusion trimer via six amino acid (HexaPro) changes in the S2 subunit, in addition to a GSAS mutation in the furin cleavage site and a His-Strep-tag at the C-terminus for ease of purification.

Our Spike S1 antigen includes residues 1-674 of the full Spike sequence and a C-terminal sheep Fc-tag for ease of purification.

Our Spike receptor-binding domain (RBD) antigen includes residues 319-542 of the full Spike sequence and a C-terminal His-tag for ease of purification.

Our antigens are available in 100μg and 500μg sizes, as well as bulk supply of multiple grams.

For more information on these products, get in touch with a member of our team. 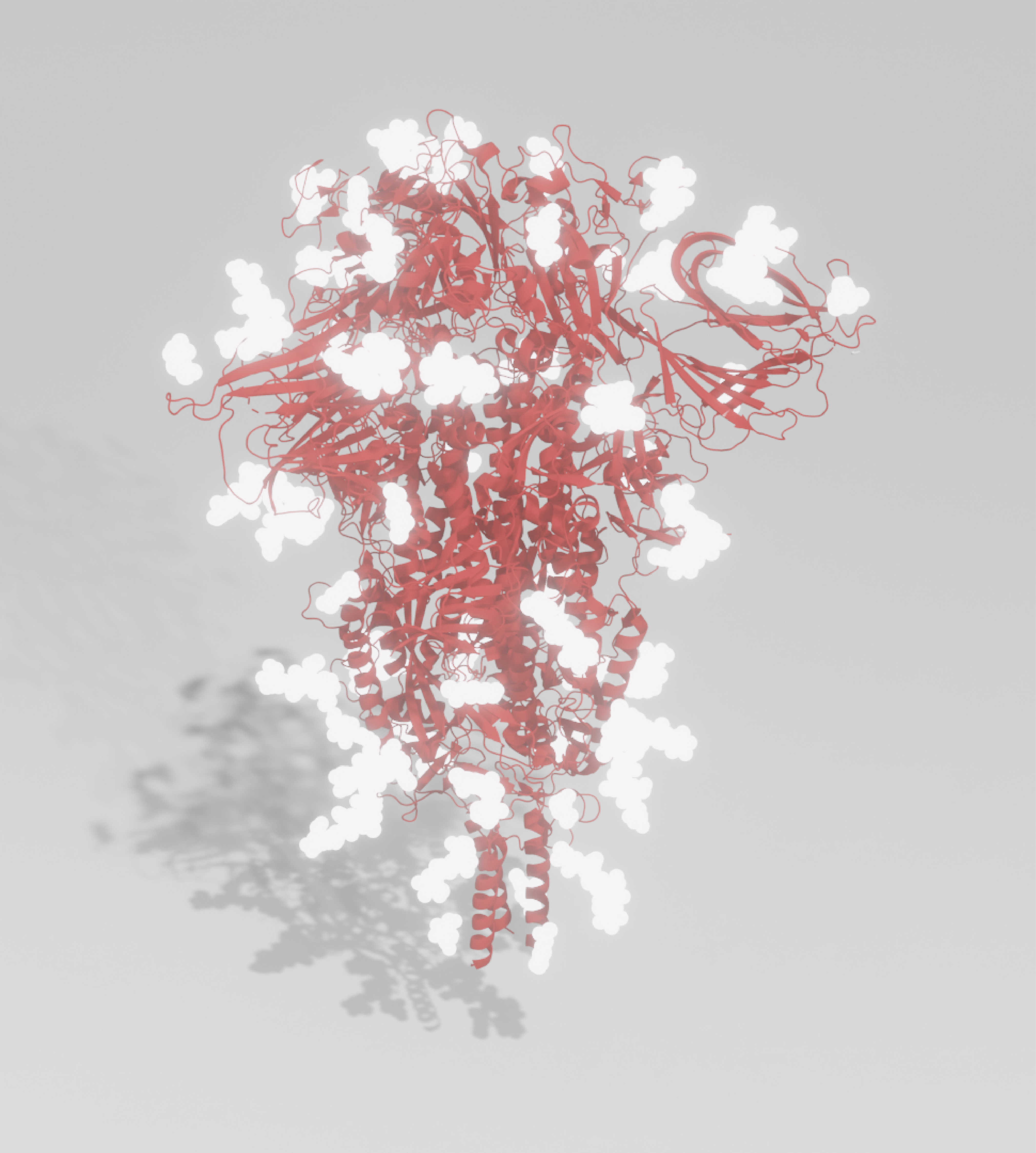 The Role of Serology in Tracking COVID-19 Mutations

This article was originally published on Clinical Lab Products. As SARS-CoV-2 began its global proliferation in early 2020, scientists hastened to investigate its biology, develop diagnostic tests, and design candidate vaccines, marking one of the most...
Read More

This article was originally published on Clinical Lab Manager. It’s been over a year since the World Health Organization (WHO) declared COVID-19 a pandemic. SARS-CoV-2 has since infected 200 million people, resulting in nearly 4 million deaths and substantial economic...
Read More

Keeping Up with the New SARS-CoV-2 Variant Nomenclature

Through much of 2020, SARS-CoV-2 accumulated mutations at a steady, yet unspectacular rate. However, as global cases approached 100 million by the end of the year, multiple variants began to emerge. Exhibiting more considerable genomic changes, some variants have...
Read More

D614G: Putting the Mutation in Perspective

Since the emergence of SARS-CoV-2, scientists have speculated about the risks of mutation and what this could mean for therapeutics and vaccines. In this blog, we explore the nature viral mutation, what is known about the D614G mutant of SARS-CoV-2, and introduce our...
Read More

While less-well known than some of their counterparts, the 229E, NL63, OC43, and HKU1 human coronaviruses are a significant cause of respiratory disease worldwide. The evolutionary histories and host associations of the endemic coronaviruses also provide important...
Read More

Q&A: An Insight Into COVID-19 Serology

During the course of the current coronavirus pandemic, we have all been aware of the urgent need for nucleic acid testing to identify people currently infected with SARS-CoV-2. The second form of testing needed are serological immunoassays, which can identify past...
Read More

In this blog, we speak with Dr. David Flavell about his scientific career, the legacy of Leukaemia Busters, and the recent impact that COVID-19 has had on his research.Tell me about your scientific background David. I was born in a seaside town called Southport in the...
Read More

In the second of a three-part series on COVID-19 vaccines, we explore the potential challenges in stimulating safe vaccine responses and outline the role that diagnostics will play in guiding their development.Rogue Responses Antibodies play a crucial role in...
Read More

Designing for Differentiation: Why We Need Highly Specific Diagnostics for a COVID-19 Vaccine

An Early Look at Vaccines for COVID-19

In the first of a three-part series on the design, immunology and manufacture of COVID-19 vaccines, we take an early look at the major technologies under development and weigh-up the challenges these vaccines will face in reaching late-phase clinical trials.Why We...
Read More

Why We Need Antigen and Antibody Tests for COVID-19

RT-PCR is the workhorse of viral diagnosis and has been invaluable in COVID-19 case confirmation and isolation guidance. However, while fast and sensitive, PCR suffers from some inherent drawbacks that limit it to diagnosis during the acute phase of infection. To...
Read More

The Native Antigen Company is now offering recombinant S1 and S2 glycoproteins for SARS-CoV-2 (Covid-19) in response to urgent demand. These reagents are suitable for use in basic research and the development of diagnostics and vaccines.These antigens have been...
Read More

Coronaviruses: The Next Disease X?

For much of their known history, the coronaviruses were regarded as relatively benign pathogens with little potential to cause human harm. However, the emergence of SARS and MERS in recent decades has brought coronaviruses into the global spotlight. In this blog we...
Read More